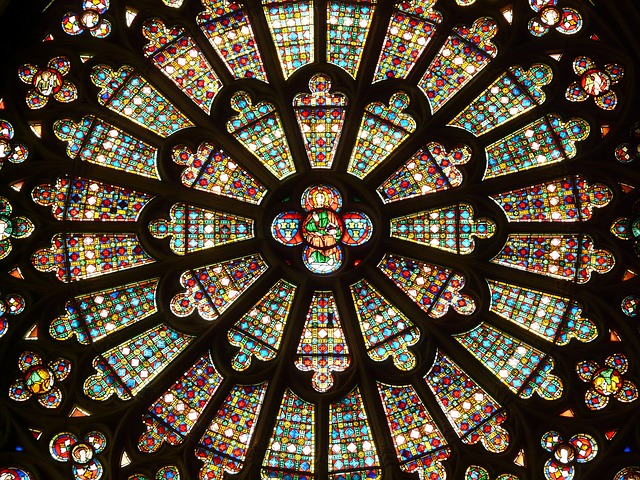 What some might consider alarming is the fact that in America people are leaving their religious institutions at a high rate.

“But the major new survey of more than 35,000 Americans by the Pew Research Center finds that the percentage of adults (ages 18 and older) who describe themselves as Christians has dropped by nearly eight percentage points in just seven years, from 78.4% in an equally massive Pew Research survey in 2007 to 70.6% in 2014. Over the same period, the percentage of Americans who are religiously unaffiliated – describing themselves as atheist, agnostic or “nothing in particular” – has jumped more than six points, from 16.1% to 22.8%.”

Where are these people going?  Religious organizations have long served as the backbone of the community. They host birth celebrations, weddings, coming of age ceremonies and they acknowledge you when you die.  They are a place that people have turned to when they lose a job, a family member or find depression seeping in.  They are the places that we have educated our children and sought council when marriages went sour.

I see more and more people that seem to be coming out of these systems and desperate to find spirit and heal themselves. People that would traditionally be turning to religion are reaching out to me and those like me for help.

They are often wounded from their religious upbringing in the areas of magic and sex.

Magic is evil, of the devil and witches deserved to be burnt.  So, when these people are little they shut off their natural sensitivities.  The healers, mystics, empaths and energy workers stop their natural flow of energy.  They close down their systems and react with fear when things like synchronicities, deep inner knowing and spontaneous healing occur.  They distance themselves from ‘witchy’ things and people such as tarot cards, Yoga, astrology, Reiki and even massage and meditation.  All the while, they might be having a deep inner desire to explore these things or they are so natural at it they are surprised when they finally come in contact with them.

Sex is obviously bad in many religious homes and communities.  So, the natural sexual energy that lives in the lower parts of the body is shut down.  Often, people get to the point that they are unable to feel anything in the pelvis at all and have lost desire and purpose, have no idea how to cultivate and store energy and feel lost and off mission.  Bringing things to fruition in the world feels a burden or even impossible.

The guilt and deep shame that was learned in these religious homes has to go through a process of being released from the body and spiritual systems.

This is where energy work, body work, movement practices and conscious communities can help.

We of the ‘New Age’ spiritual communities have to be ready and open for these new seekers.

Let’s face it, there are a lot of spiritual snobs out there.  We have found our way out of the mainstream, have moved to the west coast, found out how to wear a bindi  http://hinduism.about.com/od/bindis/a/bindi.htm and then we have an air of superiority over the unenlightened masses that haven’t been to a conscious organic potluck yet.

Humans don’t do well without a spiritual home.  When someone is depressed or having crisis having a spiritual community that stands by them, supports them and accepts them is vital to their getting on their feet and finding peace.  There are so many people that have first been energetically shut down by their old religion, are now in pain and suffering and have no place to go for the spiritual sustenance they so desperately need.

So, what can we do to support the exodus?

Reach out to your friends that seem on the edge.  You might get some rejections and some sideways glances, but invite them to your spiritual center, a meditation or a Yoga class.

Listen.  This is a tough place for a lot of people.  This has been all they have known and now there feels like so much more. This can be overwhelming, it can bring up a lot of issues around being ‘bad’ or doing something that will put them on the wrong side of God’s wrath.

Be kind and patient.  Do unto others and all that.

Share your personal story.  Maybe you grew up super alternative and felt rejected by religious friends in school.  Maybe you were deeply in an organized religion and went on a long spiritual quest to find your truth.  What was that like for you and how do you feel now in your journey.  Make a connection.  Relate to them so that they see that we are all one.

Be an example of your truth.

Show up and be present.

Be loving and generous.

Because that is what ‘being spiritual’ is all about.

Processing...
Join Waitlist We will inform you when the product arrives in stock. Please leave your valid email address below.